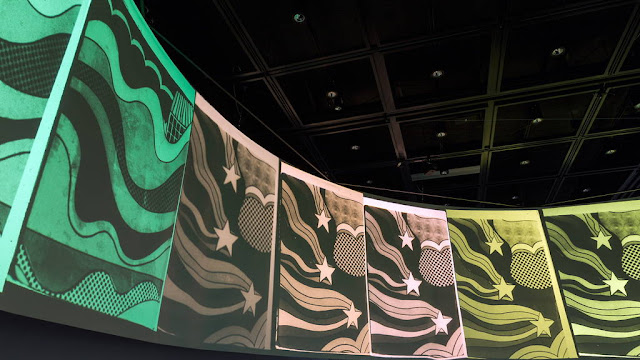 In 1969, Shuzo Azuchi Gulliver conceived of an immersive moving-image event created by beaming images from 18 slide projectors across the Tokyo discotheque Killer Joe’s. The resulting Cinematic Illumination had the effect of transforming frame-by-frame film projection into a 360-degree environment intended to meld with the sound, lights, and moving bodies in the underground venue. Gulliver created the nearly 1,500 slides from film footage of everyday actions and magazine imagery, imbuing one of the period’s most spectacular multiple projection works with a do-it-yourself attitude.

Gulliver had staged performances since he was a teenager in the Kansai region, before hitchhiking to Tokyo in 1967 with the intent to pursue filmmaking. There, Gulliver joined a vibrant scene in which art was staged outside of gallery spaces and cinema was expanded to multiple projections or moved off-screen entirely. This dynamic interdisciplinary mix unfolded against the backdrop of a booming postwar youth culture that tapped into global psychedelia and ignited critical debates about technology, politics, and Japanese-US relations.

Cinematic Illumination brings the 1960s to life on a large scale, interweaving the international history of avant-garde art, experimental approaches to film, and the meeting of art and technology in nightlife spaces. Experience this spectacular installation, now on view in MoMA’s Kravis Studio, as part of our Virtual Views series, and enjoy an immersive 360° video of the work, a live online Q&A between curator Sophie Cavoulacos and scholar Miwako Tezuka, a Gulliver-inspired playlist by Cibo Matto’s Miho Hatori, and more.