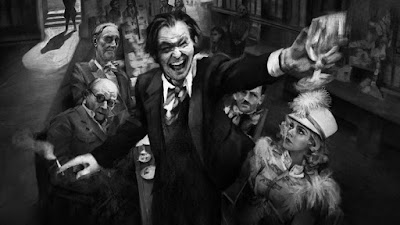 David Fincher's father Jack Fincher wrote the script in the 1990s, and David originally intended to film it after he completed The Game (1997), with Kevin Spacey and Jodie Foster as the leads. It never came to fruition, and Jack Fincher died in 2003. Eventually, the project was officially announced in July 2019, and filming took place around Los Angeles from November 2019 to February 2020.

Mank had a limited theatrical release on November 13, 2020, and began streaming on Netflix on December 4, 2020. The film has received positive reviews from critics, who praised the direction, cinematography, production values, and musical score, as well as the performances of Oldman and Seyfried.