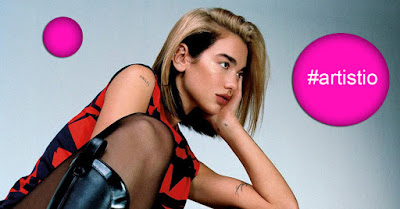 The 63rd annual Grammy Awards will be broadcast by CBS from Los Angeles on Sunday, Jan. 31 — but not much else is known about the ceremony, one of the many awards shows taking place as the coronavirus pandemic and its resulting restrictions continue.

After 40 years, the show’s longtime producer, Ken Ehrlich, has retired from the awards, and Ben Winston (known for his work on James Corden’s late-night show and “Carpool Karaoke”) will be taking over. Trevor Noah, from “The Daily Show,” will host. But who will perform — and how — are still big questions.

Beyoncé, Taylor Swift, Dua Lipa and Roddy Ricch picked up the most nominations. The Weeknd and Luke Combs were among the artists surprisingly snubbed this year.

Record of the Year

“Everything I Wanted,” Billie Eilish

Album of the Year

Song of the Year

“Everything I Wanted,” Billie Eilish

“Rain on Me,” Lady Gaga with Ariana Grande

“The New Abnormal,” The Strokes

“It Is What It Is,” Thundercat

“Highest in the Room,” Travis Scott

“Alfredo,” Freddie Gibbs and the Alchemist

“Stick That in Your Country Song,” Eric Church

“Who You Thought I Was,” Brandy Clark

“When My Amy Prays,” Vince Gill

“Your Life Is a Record,” Brandy Clark

“I Remember Everything,” John Prine

Producer of the Year, Non-Classical