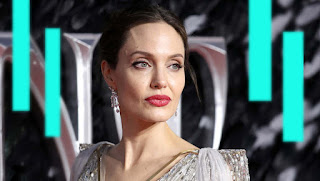 Angelina Jolie (“First They Killed My Father”) will direct “Unreasonable Behaviour,” a biopic about the British war photographer Don McCullin, based on his acclaimed autobiography of the same name.

The film is being produced by Tom Hardy and Dean Baker under their Hardy Son & Baker banner (“Taboo”) alongside Working Title Films’ Tim Bevan and Eric Fellner (“Darkest Hour”). McCullin and Mark George are executive producing.

BAFTA-nominated screenwriter Gregory Burke (“’71”) is writing the screenplay. The film will be an account of the celebrated British war photographer’s life, which took him from poverty-stricken, wartime London to some of the world’s most dangerous war zones.

“I am humbled to have a chance to bring Don McCullin’s life to film,” said Jolie. “I was drawn to his unique combination of fearlessness and humanity – his absolute commitment to witnessing the truth of war, and his empathy and respect for those who suffer its consequences. We hope to make a film that is as uncompromising as Don’s photography, about the extraordinary people and events he witnessed, and the rise and fall of a unique era in journalism.”