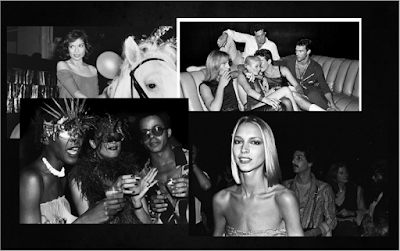 An exhibition opening at the Brooklyn Museum will explore for the first time the enduring impact of Studio 54. Opening in March, Studio 54: Night Magic examines the influence that the disco-era nightclub continues to have on design, cinema, and fashion today. Iconic photography and roughly 650 objects, including drawings, paintings, music, and decor, will be on display.
Brooklyn natives Ian Schrager and Steve Rubell founded Studio in 1977 with dreams of opening a disco club in the middle of New York City. The club quickly became a popular hang out for A-list celebrities, designers, and artists of the era, with regulars including Bianca Jagger, Cher, Elizabeth Taylor, Andy Warhol, Michael Jackson, Truman Capote, and many more.


In addition to its notable clientele, the club was known for its decor and modern sound and lighting system. The exhibit’s design draws from Studio 54’s original lighting and features music from that era, like “Le Freak” and “I Will Survive,” both linked to the storied club, according to the museum.
www.brooklynmuseum.org/
Labels: art in new york art news new york art newyork photography