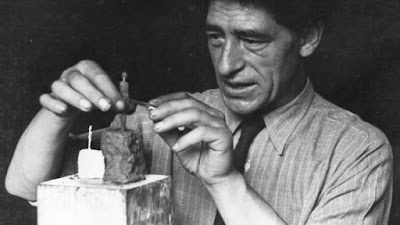 Following in the wake of the Guggenheim’s masterful survey of Alberto Giacometti (1901–1966), this exhibit focuses on a point in the artist’s career when he became, essentially, a miniaturist, sculpting tiny portrait heads and figures whose attenuated anatomies anticipated his haunting postwar work. The impetus for these diminutive objects was Giacometti’s abiding interest in shifting scales and their effect on viewers, but working small took center stage out of necessity after 1941, when he spent the war forced to live and work in hotel rooms after a trip to Geneva, Switzerland left him stranded outside Nazi-occupied France and his Paris studio.
Venue name: Luxembourg & Dayan
Address: 64 EAST 77TH STREET New York 10075
Cross street: Between Madison and Park Aves
Opening hours: Tue–Sat 10am–6pm
Transport: Subway: 6 to 77th St