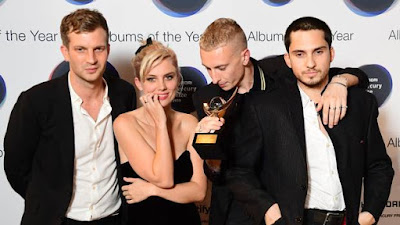 The North London foursome scooped £25,000 prize for their second album Visions Of A Life at the ceremony at the Eventim Apollo, Hammersmith last night (September 20th).
Speaking about their decision, the judging panel, which included Ella Eyre and Marcus Mumford as well as broadcasters and journalists, said: “From an incredibly broad list of remarkable music, Wolf Alice emerged as the overall winner due to their ability to deliver an album that combines the epic and intimate in equal measure."
They continued: "It is a journey of a record – with euphoric festival anthems and moments of subtle beauty – it is an album articulated with confidence and adventure. For them, the world awaits!”.