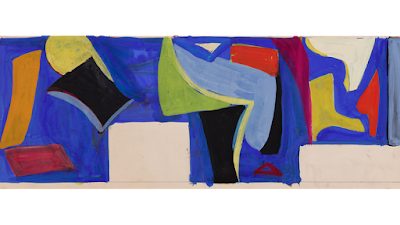 Until Saturday October 27 2018
For decades, Krasner’s paintings were overshadowed by those of her much more famous husband, Jackson Pollock. Postwar art critics, who made a habit of turning a blind eye to female artists, often overlooked her work. But in recent years, Krasner’s career has undergone a serious reevaluation as part of a widespread effort to include more women in art history, and her work is now considered the equal of her spouse’s. That much is made plain, in these small-scale, gouache-on-paper studies for an unrealized Works Progress Administration mural painting. Created in 1940 at a relatively early point in Krasner’s development, these exquisite compositions show the influence of Jean Arp and Joan Miro, whose biomorphic abstractions continued to inform Krasner’s efforts as she pushed into monumental gestural compositions during the 1950s.
Venue name: Paul Kasmin Gallery
Address: 297 Tenth Ave New York 10001
Opening hours: Tue–Sat 10am–6pm
Transport: Subway: C, E to 23rd St