“The Party” at Anton Kern Gallery 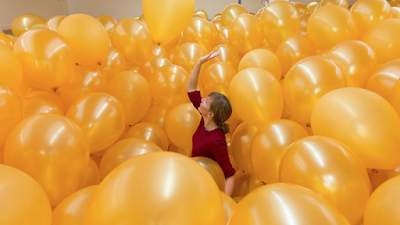 Midtown East Until Friday August 31 2018
Inspired by Blake Edwards’ 1968 film The Party, this exhibition, curated by Ali Subotnick, explores the comedic impulse in contemporary art. The show is haunted by the spirit and rampant absurdities of the film, which has become a cult classic for Sellers’ performance as disaster-prone Indian actor Hrundi V. Bakshi who is mistakenly invited to a fancy cocktail party at the home of a studio executive after being blacklisted for pre-maturely triggering an expensive explosion on a movie set. The resulting hilarious catastrophe illuminates the internalized prejudices and self-importance of the star-studded party guests. The movie itself continues to carry a cultural resonance despite the uncomfortable fact that Peter Sellers is a white actor playing an Indian man. After the film’s release it was banned for several years in India. The complex nature of its reception is perhaps best highlighted by former prime minister Indira Gandhi who, an avid fan of the movie, was famous for quoting Peter Sellers character, saying, “In India we don’t think who we are, we know who we are.” The artist Jamie Isenstein explains the surprising continued relevance of the film:
Venue name: Anton Kern Gallery
Address: 16 E 55th St New York 10022
Cross street: between Fifth and Madison Aves
Opening hours: Tue–Sat 10am–6pmTransport: Subway: E, M to Fifth Avenue–53rd St