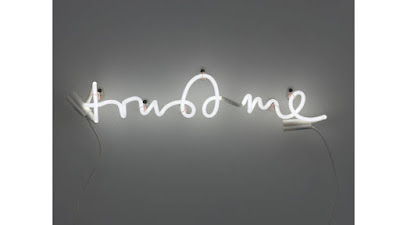 Referring to the address of Cabaret Voltaire – the birthplace of Dada in Zurich, Switzerland – ‘Spiegelgasse (Mirror Alley)’ presents the works of Swiss artists from the 1930s to the present day and is curated by Gianni Jetzer. Taking historiographical cues from the literal translation of the street name, the exhibition tracks art history not as an evolutionary process, but rather as a hall of mirrors in which artists’ practices encounter, reflect, fragment, and recombine through time.
These mirrored realities go back to the legacy of the Dadaists, formed in a city where artists like Hugo Ball and Sophie Taeuber-Arp shared company with modernist writer James Joyce. Joyce’s masterpiece, ‘Finnegan’s Wake’, was written in Zurich, and includes features of the Swiss city and culture as translated through the Irish writer’s pen (the city’s post office, Sihlpost, becomes ‘silly post’; a Swiss-German song’s refrain, ‘Min Vatter ischt en Appezeller’ (my father is from Appenzell), is transliterated into ‘fawthery eastend appullcelery’. This back and forth between the real and its subjective shadow, pieced together in a collage of the artists’ surroundings, forms the basis for this exhibition’s inquiry into the legacies of Dadaist and Surrealist Art. Evidently, the milieu of an overly rationalised Swiss society proved a breeding ground for an avant-garde defined by humour, nonsense, and subjectivity: qualities seen in the reflections and refractions of Swiss art to this day.
The fracturing of artists’ surroundings through translation and interpretation is one such method that has emerged from this legacy. The unframed paintings by Vivian Suter (a Swiss artist living in Panajachel, Guatemala, since 1982) are dependent on their surroundings. The artist particularly in tune with how her bright, layered, unstretched canvases inform and are informed by the spaces in which they are hung like tapestries. The ‘Big Vase’ (1985) by Fischli/Weiss (an artist duo who kicked off in Zurich’s DIY punk rock scene in the 1980s) meanwhile, transports and scales a domestic object to transcend the home into the realm of art. The enormous object, large enough to hold a human being, is stripped of its utility in both its size and its context. Its objecthood no longer important even in its immensity, the piece playfully touching on legacies of sculpture, painting, and the absurdism of Dada. Urs Fischer’s ‘The Big Easy Alias The Alternative Problem’ (1998/2000) acts as a window into the artist’s process and studio, utilising a set of drawings, photographs, and materials such as bark and sawdust to fill a large board. The photographs of Fischer’s studio and works in progress accompany a set of sketches reminiscent of André Masson’s Surrealist automatic drawings, the board as a whole acting as almost a theatrical depiction of the area between the artist’s vision and his immediate surroundings.