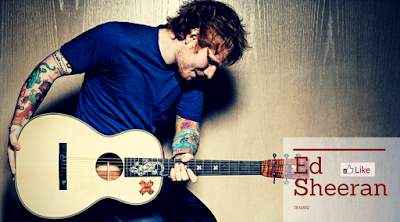 Ed Sheeran looks set to take a role in Richard Curtis's new comedy.
According to the Mail On Sunday, the movie, which is to be directed by Danny Boyle, which is to be titled All You Need Is Love and will tell the story of a man who wakes up one day to find he is the only person who can remember the songs of The Beatles.
Sheeran, who is currently touring his hugely successful third album ÷, looks set to appear in the movie and write new music for the film, which will also include Beatles hits.
Lily James and newcomer Himesh Patel are confirmed to star in the movie, with Ghostbusters' Kate McKinnon also in talks to take a key role.


The movie is Curtis's first new effort since 2014's Trash and will be released in the autumn of 2019.
Labels: music