Obsession: Nudes by Klimt, Schiele, and Picasso from the Scofield Thayer Collection 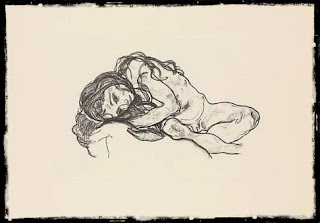 The Met Breuer  UPPER EAST SIDE | NEW YORK | USA
JULY 03, 2018-OCTOBER 07, 2018  Save to calendar
Obsession: Nudes by Klimt, Schiele, and Picasso from the Scofield Thayer Collection - The Met Breuer
This exhibition at The Met Breuer will present a selection of some 50 works from The Met's Scofield Thayer Collection—a collection that is best known for paintings by artists of the school of Paris, and a brilliant group of erotic and evocative watercolors, drawings, and prints by Gustave Klimt, Egon Schiele, and Pablo Picasso, whose subjects, except for a handful, are nudes. The exhibition will be the first time these works have been shown together and will provide a focused look at this important collection; it also marks the centenary of the deaths of Klimt and Schiele.
An aesthete and scion of a wealthy family, Scofield Thayer (1889–1982) was co-publisher and editor of the literary magazine the Dial from 1919 to 1926. In this avant-garde journal he introduced Americans to the writings of T. S. Eliot, Ezra Pound, D. H. Lawrence, Arthur Schnitzler, Thomas Mann, and Marcel Proust, among others. He frequently accompanied these writers' contributions with reproductions of modern art. Thayer assembled his large collection of some 600 works—mostly works on paper—with staggering speed in London, Paris, Berlin, and Vienna between 1921 and 1923. While he was a patient of Sigmund Freud in Vienna, he acquired a large group of watercolors and drawings by Schiele and Klimt, artists who at that time were unknown in America.
When a selection from his collection was shown at the Montross Gallery in New York in 1924—five years before the Museum of Modern Art opened—it won acclaim. It found no favor, however, in Thayer's native city, Worcester, Massachusetts, that same year when it was shown at the Worcester Art Museum. Incensed, Thayer drew up his will in 1925, leaving his collection to The Metropolitan Museum of Art. He withdrew from public life in the late 1920s and lived as a recluse on Martha's Vineyard and in Florida until his death in 1982.