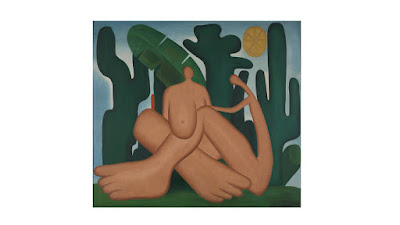 Though little-known to most people who visit MoMA, Brazilian artist Tarsila do Amaral (1886–1973) was, by the museum’s own account, a “foundational” figure in the history of of modernism in Latin America. While on multiple sojourns in Paris during the 1920s, she studied with some of the major artists of the day, including Fernand Léger, whose influence, along with that of Matisse and the Surrealists, is evident in her figurative paintings. This show is the artist’s first retrospective in the United States.
Venue name: Museum of Modern Art (MoMA)
Address: 11 W 53rd St New York 10019
Cross street: between Fifth and Sixth Aves
Opening hours: Mon–Thu, Sat, Sun 10:30am–5:30pm; Fri 10:30am–8pm.
Transport: Subway: B, D, F, M to 47–50th Sts–Rockefeller Ctr; E, M to Fifth Ave–53rd St