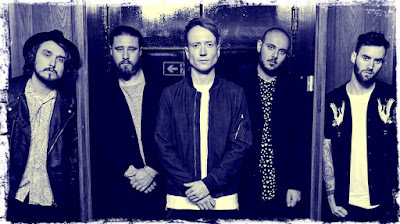 The band, who have released three albums across their nine-year career, issued a statement this morning detailed the singer's departure.
Bassist Sam Douglas will now take over as the singer with the band continued as a four-piece.
The band's statement reads as follows: "After nearly 9 years together, today we announce that Mikey has decided to part ways with Mallory Knox. As a band, we respect his decision and wish him well for the future."
They continued: "2018 marks a brand new chapter for the band and we're excited to be continuing Mallory Knox with Sam taking the lead on vocals. We’ve been working hard behind the scenes writing and recording new music. We are very keen for you to hear it and you won't be waiting long."


The band will take their new line-up out on the road in April for their first tour.
Labels: music music artist