The art of Andy Warhol goes back to the Vatican 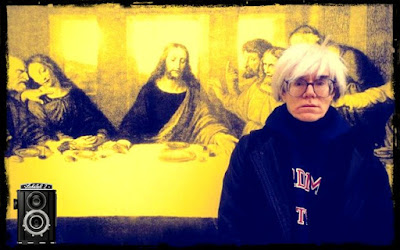 On April 2, 1980, Andy Warhol—lifelong Catholic—met Pope John Paul II at the Vatican. “Andy was wearing a tie and low-key version of his signature wig: both suggesting a sign of his respect,” Natasha Fraser-Cavassoni told me. She was the last employee that Warhol hired at his studio, and like other members of his inner circle—from his business manager Fred Hughes to filmmaker Paul Morrissey—was Catholic.
Warhol will soon be going back to the Vatican. The Art Newspaper reports the Vatican Museums and the Andy Warhol Museum are finalizing a dual exhibition of Warhol’s religious works in Rome and the artist’s native Pittsburgh, planned for 2019.
Included is Warhol’s expansive “The Last Supper” series: silkscreens and paintings first exhibited a month before his death. In his eulogy for Warhol, art historian John Richardson said the artist “fooled the world into believing that his only obsessions were money, fame, and glamor and that he was cool to the point of callousness.” Instead, “the callous observer was in fact a recording angel. And Andy’s detachment—the distance he established between the world and himself—was above all a matter of innocence and of art.” 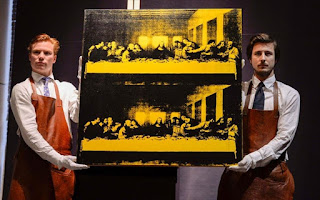 Warhol owed that sense of detachment to his Ruthenian strain of Catholicism. This was the world of his immigrant mother, who accompanied him to Mass several services a week.
The Vatican’s exhibition should reveal that Warhol’s Catholicism was essential to his artistic vision of the body, of iconography and of the radical energy of faith. Warhol wasn’t being heretical when he placed General Electric and Dove logos onto Da Vinci’s Christ-centered canvas. He was creating his own iconostasis. He was sharing a world of ritual and symbol and, yes, salvation.