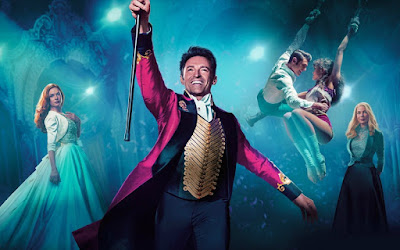 PG | 1h 45min | Biography, Drama, Musical
Inspired by the imagination of P.T. Barnum, The Greatest Showman is an original musical that celebrates the birth of show business and tells of a visionary who rose from nothing to create a spectacle that became a worldwide sensation.
Director: Michael Gracey
Writers: Jenny Bicks (screenplay by), Bill Condon (screenplay by)