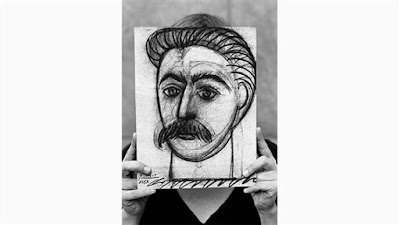 Haus der Kulturen der Welt  BERLIN | GERMANY
NOVEMBER 03, 2017-JANUARY 08, 2018
Parapolitics: Cultural Freedom and the Cold War is devoted to the global dimension of cultural politics in the Cold War and to the changing meanings and aims assigned to modernism. Departing from an examination of the interdependencies between the political and aesthetic struggles of the era, the exhibition further reflects the ideological foundations of the conflict lines of today’s global contemporary art.
The friction between the political use of art and artists’ striving for autonomy is the focus of the exhibition. The artworks and archival materials on show explore the ideological contradictions and echoes of the postwar U.S. “freedom offensive.” Contemporary contributions deal with the legacy of the Cold War while looking into the relationship between political engagement and critical detachment. The show furthermore stages artworks from the 1930s to the present day that reflect the ideologically inflated contrast between abstraction and realism or are concerned with the question of artistic freedom and its forms. Archival materials, including influential international postwar journals that were initiated or supported by the CCF, illustrate how modernism became a signifier for individual freedom and was instrumental in establishing Western cultural hegemony in the 20th century.