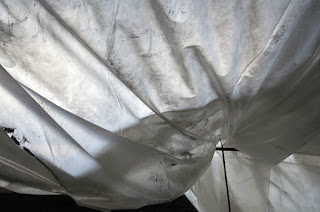 The Netherlands Institute at Athens hosts the international Contemporary Art Festival “Orange Water 3”. The art exhibition Reflection of Origin will take place in its premises between the 9th November and 30th December.

In the years 2015 (Orange Water 1) and 2016 (Orange Water 2), the Festival hosted the participation of 91 visual artists at 21 important art venues and museums, under the auspices of the Greek Ministry of Culture, the Greek Ministry of Tourism and the Dutch Embassy. In 2017, Orange Water 3 starts from SAF to continue its course in different places in Greece and will complete its journey in 2018 with events abroad. This year it includes more fields of art, while it will collaborate with art platforms and associations such as Focus Europa (Germany), Bildrecht (Austria), t-short (Greece). 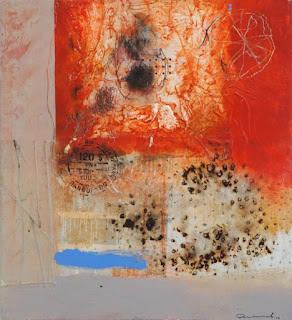 Reflections of Origin
The origin of human is common. This same origin applies not only to humans but also to their brain functions, perception and so forth. In a MRI image we can trace the exact activities and the place they happen in the brain. If, for example, we read the sentence «two cats walk in the yard», we can see this thought passing in our mind. If we look at this image or we read this sentence the result will be the same no matter which language we speak. The alphabet of human thinking is universal. The mind has a common vocabulary. This does not mean that there are not deviations in the way the beholders perceive the same stimulus. This has to do with the psychological status of the perceiver, his or her knowledge, even his or her emotional status at that given moment; this status will grant the perceiver a personal touch of given experience. 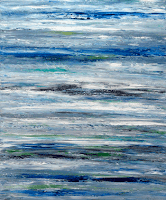 If this may happen to a perceiver, something similar happens to the artist when he or she creates art. Artists, each one in his or her own technique, choose the way to reflect the meaning of a subject. In this exhibition, they manage to attach to the meaning of origin the spirituality lingering in a place; connecting it with the movement from a starting point to a destination; with the origin of certain representations in abstract geological formations; with its identification with the light; with the energy and science in the renowned CERN accelerator experiment of the Higgs boson; as well as with other pictorial proposals.

Orange Water is realized with the sponsorship from the companies