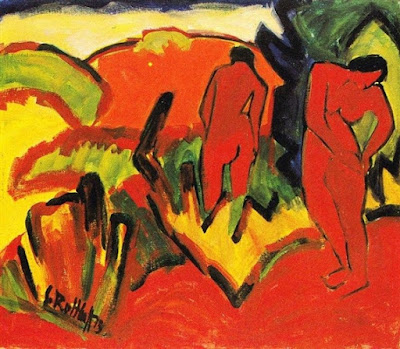 Brücke-Museum  Dahlem | Berlin  | Germany
September 16, 2017- January 07, 2018
In its anniversary year the Brücke-Museum presents main works of the artist group “Brücke” from 1905 to 1913, such as Ernst Ludwig Kirchner’s “Artistin – Marcella” or Karl Schmidt-Rottluff’s “Deichdurchburch”. The Brücke Museum was founded on 1 December 1964 and opened its doors on 15 September 1967. It is the only museum in the world that is specialized in the art of the famous artists group “Brücke”, founded in Dresden in 1905. With its extensive collection of paintings, drawings, watercolors and graphic works the museum documents Germany’s move to Modernism.