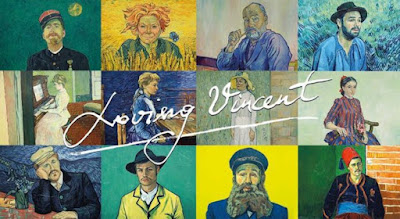 Surrounded by thousands of reproductions on the walls of student bedrooms, cafes and hospital corridors, it’s easy to lose sight of what Vincent Van Gogh’s paintings actually look like: the brushwork, the paint, the expressiveness. Nor quite how many paintings he actually produced – more than 860 in just nine years – beyond the well-known sunflowers, wheatfields, cafes and woolly-necked self-portraits.
The very idea of painting an entire feature film, frame-by-oily-frame, makes the palms sweat. But the result is bewitching: part exhibition, part whodunnit, with a cast that includes Douglas Booth, Helen McCrory, Chris O’Dowd, Saoirse Ronan and Aidan Turner. 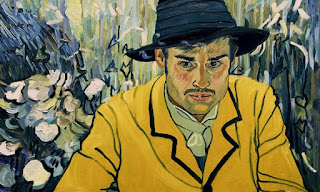 It’s an animation imagining the last months of Vincent van Gogh’s life, and specifically (but inconclusively) investigating the theory first aired in the 2011 biography by Steven Naifeh and Gregory White, that he did not shoot himself but was actually shot as a bizarre prank by a local bully