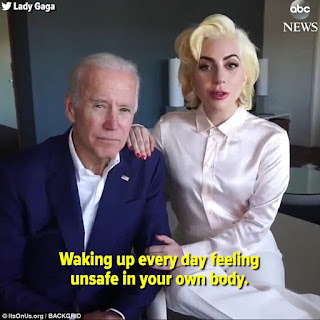 She has expressed that she 'remains in chronic pain' from her decade-old experience of rape, which took place before she became famous.
And now, Lady Gaga has teamed up with the former United States Vice President Joe Biden, to urge action against sexual assault.
The duo - who are 'great friends' - appeared in a Public Service Announcement together this week, as part of the It's On Us campaign, launched by Biden and former President Barack Obama in 2014.
The program declares war on sexual assault on college campuses - something Gaga, 31, says is close to her heart.
Gaga has previously revealed that she was raped by an older man when she was 19 but that the issue had been 'swept under' with people quickly moving on to other topics whenever she had brought it up. 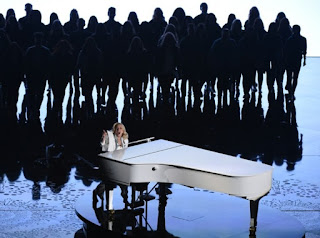 'People don't know this about me because I don't share it, and I know they see me as this kind of celebrity that has success and money and the world watching and that I must have no problems,' she said, following a performance at The Oscars in 2016 that she did with survivors of rape.


At the time, Biden had introduced her to the stage and encouraged viewers to sign a pledge on the site itsonus.org.
Labels: music music artist