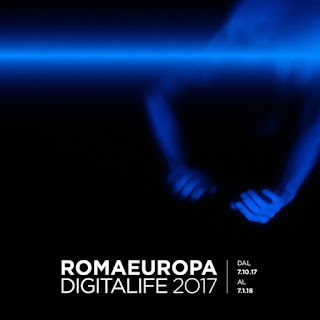 Palazzo delle Esposizioni  ROME | ITALY
OCTOBER 07, 2017-JANUARY 07, 2018
The eighth edition of Digitalife, a section of the festival dedicated to new technology and digital art, sparks a reflection on the fragility of representations of reality, which are as deceitful as the virtual illusions that are capable of deforming it. Within the spaces of the Palazzo delle Esposizioni, spectators will interact with complex audio-visual architectures, surrounded and embraced by vortexes of light and sound. The tools with which the installations selected together with Richard Castelli have been created offer artists the opportunity to expand their expressive horizons and to capture and reproduce the changes that are taking place in the environment in which we live.
A world based on images where new technologies are no longer merely a means of knowledge and interaction, but help to redraw our identity, or rather our multiple identities, to redefine the concept of time and bounds of our potential.
Art and Science. Deprived of its material reality and transformed into bytes, or rebuilt to be worn as an armour that can overcome the limits and imperfections of skin, bones and muscles, the human body is a hybrid. Fragmented in numbers or reshaped in silicon, it coexists and is contaminated by technology, which is becoming more and more insinuated in our evolutionary process. Science is behind these changes, and art anticipates them.
Address: