Beyonce reportedly in talks for next James Bond theme 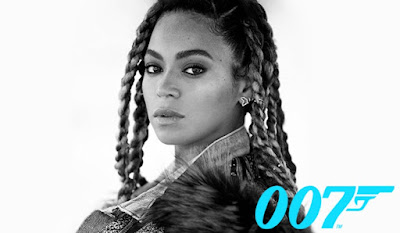 Beyonce is in talks to record the next James Bond theme, according to reports overnight.
The singer, who has just given birth to twins, has been tapped for the new theme song and was encouraged to do so by Adele, according to reports in the Daily Star.
The source told the paper: "This is the only project she is remotely interested in right now. The two spoke before Bey’s first meeting with film bosses and Adele told her how co-writing and performing a Bond theme gave her an amazing career hike."
The source continued: "Not many of the themes have been as successful – but there are tens of millions of Beyonce fans out there,’ a senior executive for Hollywood studio MGM told the news outlet. To tie-up a deal with Beyonce for a theme song for Daniel’s fifth appearance as 007 would really be the icing on the cake."


The production on the next James Bond movie is gathering pace after Daniel Craig confirmed that he would be returning for a fifth and final time to play 007.
Labels: music music artist singer