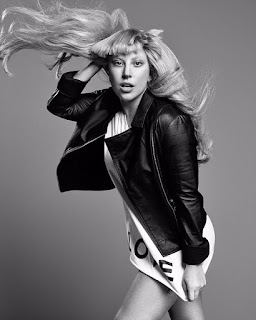 She rocked the NRG stadium in Houston, Texas, at Super Bowl LI in February.
And now Lady Gaga is celebrating earning a record six Emmy nominations for the live telecast.
'I’m so proud of Haus of Gaga & the entire #SBHalftime team! We’re so grateful to be nominated for 6 @TheEmmys the most ever! Thank you!!' she tweeted Thursday after hearing the news.
The singer, 31, started her performance by dropping into the stadium from the roof and went on to give a powerful and high energy show running through her hits.
It was nominated by the Television Academy for outstanding special class program; outstanding production design for variety, nonfiction, event, or award special; outstanding lighting design/lighting direction for a variety special; outstanding sound mixing for a variety series or special; outstanding technical direction, camerawork, video control for a limited series, movie, or special; and outstanding musical direction.
The 'Born This Way' star will kick off her tour in Vancouver, Canada on August 1 and will conclude it on December 18 at The Forum in Inglewood, California.


She also recently completed filming on a remake of A Star is Born in which she stars with Bradley Cooper, who also directs.
Labels: music music artist