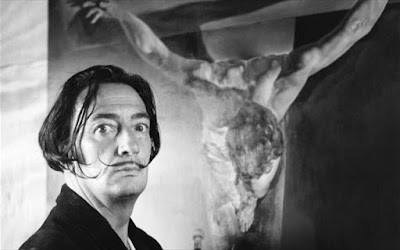 Salvador Dalí's moustache is intact in the "10 past 10" position, the surrealist painter's foundation has said, a day after his body was exhumed.
"It was like a miracle," said Narcis Bardalet, who was in charge of embalming Dalí's body 28 years ago, adding that the hair was also intact.
The body was exhumed in the north-eastern Spanish city of Figueres to settle a paternity case.
A woman says her mother had an affair with the world-famous artist.
If María Pilar Abel Martínez is proved right, she could assume part of Dalí's estate, currently owned by the Spanish state.
Dalí's body was exhumed from a crypt in a museum dedicated to his life and work on Thursday evening. 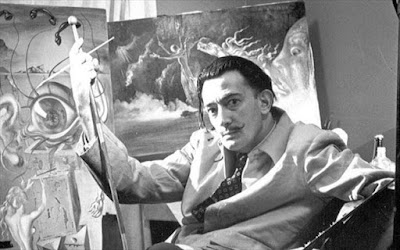 DNA samples have been taken from the artist's teeth, bones and nails in a four-hour operation, the officials say.
It may take weeks before the results of the tests are known.
The exhumation went ahead following a court order on behalf of Ms Martínez.
This was despite the objections of the local authorities and the Dalí Foundation, both of which said that not enough notice had been given.
Ms Martínez, a tarot card reader who was born in 1956, says her mother had an affair with Dalí in the year before her birth.
Her mother, Antonia, had worked for a family that spent time in Cadaqués, near the painter's home. 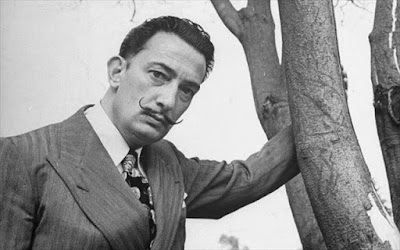 Ms Martínez's action is against the Spanish state, to which Dalí left his estate.
Ms Martínez says her mother and paternal grandmother both told her at an early age that Dalí was her real father.
But the claim has surprised many, including Ian Gibson, an Irish-born biographer of Dalí, who said that the notion of the artist having an affair that produced a child was "absolutely impossible".


"Dalí always boasted: 'I'm impotent, you've got to be impotent to be a great painter'," the biographer said.
Labels: painting