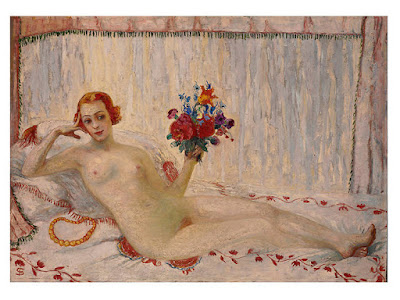 Born into wealth, Florine Stettheimer (1871–1944), was a supporter and promoter of a circle of New York avant-garde artists during the 1910s and 1920s. Stettheimer was also an artist in her own right whose uniquely surreal and dreamy paintings often featured friends such as Marcel Duchamp, Georgia O'Keeffe and Alfred Stieglitz. This show presents 50 examples of her work, including her forays into set design.
Where: The Jewish Museum , Central Park Friday