Collection from ‘King of Surrealism’ Alexander Iolas goes to auction 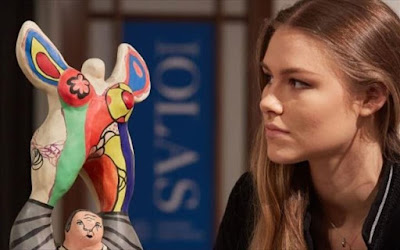 Collection from 'King of Surrealism' Alexander Iolas goes to auction
Regarded as the king of Surrealism, he bought and sold some of the best works across Surrealism, Minimalism and pop art.
During his career as a dealer, he worked with artists, gallerists and collectors through his international network of galleries in New York, Paris, Milan, Geneva and Madrid.
He staged pivotal exhibitions of works by artists including Max Ernst and René Magritte.
Now regarded as a forbearer to modern-day contemporary art dealer giants such as Larry Gagosian, Iolas was overlooked after his death in 1987.
However, in recent years his talent has begun to be celebrated and a 2014 exhibition was entitled Alexander the Great after his nickname.
Now Sotheby’s will offer more than 150 lots from his collection on May 25.
Georgina Gold, senior director at Sotheby’s Impressionist & Modern Art department in London, said: “In many ways, Alexander Iolas lived a surreal life, and in constantly looking to the future and to the past, he was a Janus-like figure whose imprint on art history should not be underestimated.”
Labels: art art auction auction