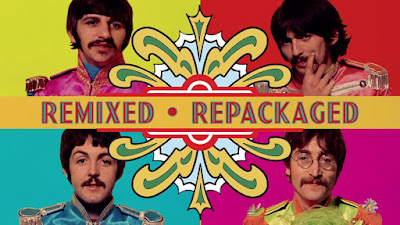 Often described as the most important album of the 20th century, The Beatles' Sgt. Pepper's Lonely Hearts Club Band is a record that needs little introduction, but with the 50th anniversary of the album's release approaching on June 1st this year there has been much celebration around the 50 year milestone for the album, which will include a week-long festival in Liverpool to commemorate the album's half-centenary.
Rumours of a reissue have been doing the rounds for weeks now, but today it was announced that a special 50th anniversary reissue of the album is being prepped and will arrive just in time for the anniversary on May 26th.
Giles Martin, the son of The Beatles' producer George Martin, has been presiding over the reissue, which will be available in several formats. A standard edition CD will include a new stereo mix of the album, while a deluxe CD will also include a second disc featuring previously unreleased alternate takes of of the album's 13 tracks, as well as new versions of 'Penny Lane' and 'Strawberry Fields Forever', both of which were recorded during the Sgt. Pepper album sessions.
A deluxe vinyl edition is also available, which will arrive as a 2 LP set on 180g black vinyl featuring the new stereo mix and alternate takes, sequenced in the original running order.
Finally there is a six-disc 'super deluxe' box set edition comprising 4 CDs filled with 33 additional takes (sequenced in the order in which they were recorded) and some unreleased mono mixes, including a 'lost' mix of 'Lucy In The Sky With Diamonds'.


The box set also includes a Blu-ray and DVD that feature a 5.1 surround mix of the album's 13 tracks and 'Strawberry Fields Forever', a high-resolution audio version of the new stereo mix, and a 4K restoration of both the original promo films for the album and a previously unreleased documentary broadcast in 1992 detailing the making of the album.
Labels: music music artist
Location: Λονδίνο, Ηνωμένο Βασίλειο