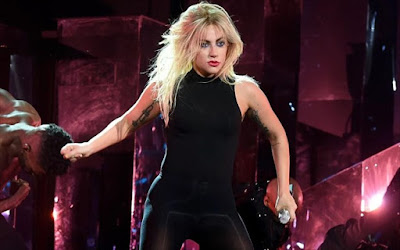 Bradley Cooper joined Lady Gaga on stage at Coachella Festival as production began on the remake of musical A Star Is Born.
The film, which will mark Cooper's directorial debut, will be the first lead film role for the musician who will be credited with her real name, Stefani Germanotta. 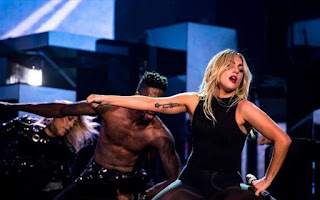 A first look image has been released showing Cooper's character playing guitar next to Gaga as she sings.
The singer invited her fans to appear in the film as extras for scenes that were filmed at the Empire Polo Club. 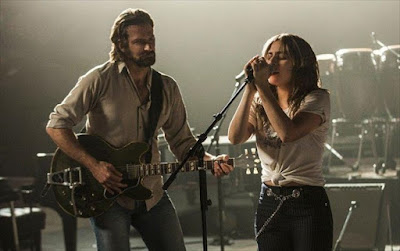 The film, a remake of the Judy Garland-starring classic musical following an up-and-coming star struggling to break into the music industry, will also star Sam Elliott and Andrew Dice Clay. Another remake starring Barbara Streisand followed in 1976.


A Star Is Born is due to be released September 2018.
Labels: music music artist