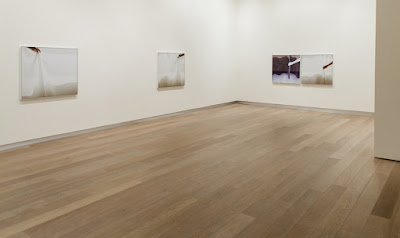 Throughout the past two decades, Uta Barth has made visual perception the subject of her work. Regarded for her “empty” images that border on painterly abstraction, the artist carefully renders blurred backgrounds, cropped frames and the natural qualities of light to capture incidental and fleeting moments, those which exist almost exclusively within our periphery. With a deliberate disregard for both the conventional photographic subject and point-and-shoot role of the camera, Barth’s work delicately deconstructs conventions of visual representation by calling our attention to the limits of the human eye. 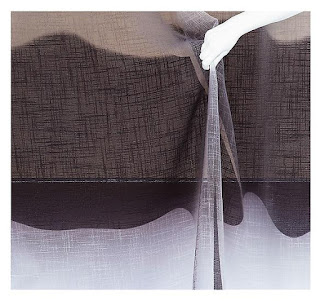 Since then, Barth’s work has been the subject of major exhibitions worldwide. Notable solo presentations include to draw with light at SCAD Museum of Art in Savannah, GA (2013), … and to draw a bright, white line with light at The Art Institute of Chicago (2011), Henry Art

Gallery at the University of Washington in Seattle (2011), nowhere near, and of time, white blind (bright red) (1999–2002) at SITE Santa Fe in New Mexico (2005), nowhere near at the Lannan Foundation in Santa Fe, New Mexico (2000), and In Between Places, which originated at the Henry Art Gallery at the University of Washington and traveled to the Contemporary Arts Museum in Houston (2000).

The artist has taught at the University of California, Riverside since 1990, where she currently serves as Professor Emeritus in the Department of Art. She is also a graduate faculty member at Art Center College of Design in Pasadena, California.