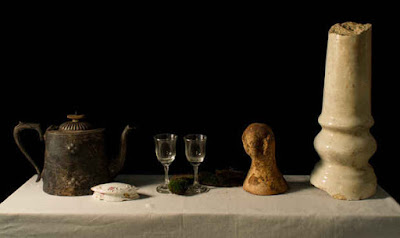 Dillon Gallery USA | New York | Chelsea
NOVEMBER 17, 2016-JANUARY 13, 2017
Dillon + Lee is pleased to present our inaugural exhibition "Pendulum," showcasing new works by Japanese artist Mami Kosemura.
In her new eponymous video installation, Mami Kosemura sought to create a mysterious and unrealistic atmosphere, while using a real structure as its basis. This structure is the main salon of the Dillon + Lee townhouse, where Kosemura spent the summer. The artist wanted to abide by two self-induced rules: first to make the content of her video and the installation be of the same place. The second rule was to introduce movement, but one that is simple and rhythmic, as in a pendulum. In the installation, two mirrors in the main salon are turned into projection screens to display the videos shot in the room. The video shows the space of the salon, as a mirror would reflect it, but Kosemura's alternative version depicts the interior sliding horizontally from left to right, and right to left at regular intervals. Kosemura has decided to incorporate the errors that happens inevitably during a video editing process to further disorient the viewer.
In gallery b, Kosemura will be showing a new series of photographs called Objects - New York where she has created a set that imitates still life paintings in the style of the Spanish painter Francisco de Zurbaran (1598-1664). Kosemura has been collecting various objects from the streets and thrift shops in New York. She only collected objects that were completely alien to her, unaware of what they are or what is their function. The process of finding these objects was sort of like being a New York archeologist for Kosemura, since it is her first time ever living in this city. Though to an American viewer these objects may be familiar, Kosemura's arrangement of them may create a sense of freshness or distance.
Contact details
555 West 25th Street , Chelsea - New York, NY, USA 10001