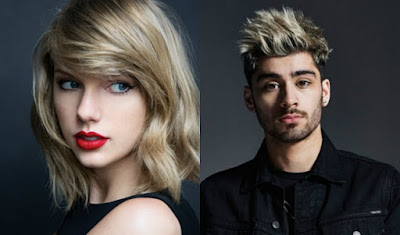 Taylor Swift and Zayn Malik have united for a duet for the Fifty Shades Darker soundtrack. The track is titled 'I Don't Wanna Live Forever'.
The track is the first to be revealed from the erotic sequel's soundtrack, which will hit shelves in February ahead of the film's release.
A second trailer for the movie was unveiled this week and you can see it by scrolling down to the bottom of the page and clicking.
Stars Jamie Dornan and Dakota Johnson return for the sequel with LA Confidential's Kim Basinger, The Knick's Eric Johnson, Dark Shadows star Bella Heathcote and The Vampire Diaries' Arielle Kebbel among the new additions to the cast.
The new movie follows a wounded Christian Grey as he tries to win back lover Anastasia, who in turn demands a new arrangement before she will give him another chance.  As the two begin to build trust and find stability, shadowy figures from Christian’s past start to circle the couple, determined to destroy their hopes for a future together.
James Foley, best known for his work on House Of Cards and Glengarry Glen Ross, directs Fifty Shades Darker, replacing Sam Taylor-Johnson, who clashed with author E.L James during the making of Fifty Shades Of Grey.
The script for Fifty Shades Darker has been written by Niall Leonard, husband of E.L James, an experienced TV writer who has written episodes of Monarch of the Glen, Wire in the Blood and Wild at Heart among other things. He takes over writing duties from Kelly Marcel.