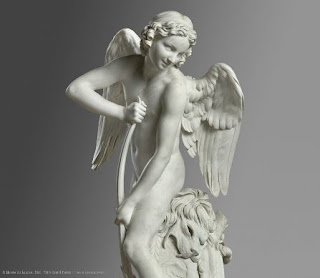 Musee du Louvre, Paris France
Sept. 14, 2016 – December 05, 2016
The Musée du Louvre and the J. Paul Getty Museum, Los Angeles pay tribute to Edme Bouchardon, a renowned French sculptor and draftsman, who was considered an exceptional artist in his own time.
The son of an architect-sculptor, he trained at the Royal Academy of Painting and Sculpture in Paris before spending a productive period at the French Academy in Rome (1723–32). Learning of Bouchardon’s great reputation, the director of the King’s Buildings summoned him back to France, where he quickly received a studio and lodgings at the Louvre. Accepted into the Academy in 1735, he thus became Sculptor to the King.
Listed in the Encyclopédie—Diderot and d’Alembert’s encyclopedic dictionary of the sciences, arts, and trades—as the continuator of Puget and Girardon, Bouchardon was regarded by his contemporaries as the advocate of artistic renewal, “the greatest sculptor and the best draftsman of his century” (Cochin). While many studies have shed new light on our understanding of Neoclassicism, this exhibition—the first major monograph on Bouchardon’s oeuvre—will be an opportunity to comprehend the sculptor’s style, a perfect balance between classical influence and life-like rendering.
Contact details
34-36 quai du Louvre , 1e - Paris, France 75058