Michael Bublé announces full details of new album Nobody But Me

Michael Bublé has announced full details of their new album, which is to be titled Nobody But Me.
The album is Bublé's seventh and will be released on October 21st.
You can see the album's artwork below: 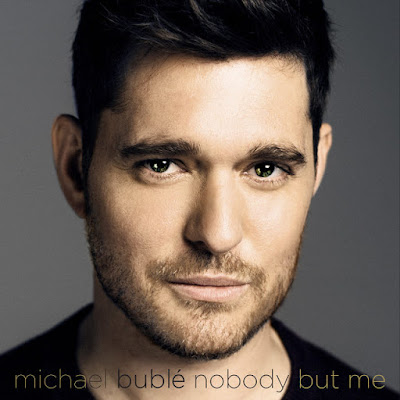 Nobody But Me is a mixture of originals and covers, with Bublé covering the likes of The Beach Boys and Nina Simone. The album will be also include 'Someday', a duet the singer has recorded with Meghan Trainor.

You canhear the title track Here.
The tracklisting for Nobody But Me is as follows:
'I Believe In You'
'My Kind Of Girl'
'Nobody But Me'
'On An Evening In Roma (Sotter Celo De Roma)'
'Today (Is Yesterday’s Tomorrow)'
'The Very Thought Of You'
'I Wanna Be Around'
'Someday' (feat. Meghan Trainor)
'My Baby Just Cares For Me'
'This Love Of Mine'*
'Nobody But Me' (Alternate Version)*
'Take You Away'*
'God Only Knows '