About Pixar: The Design of Story 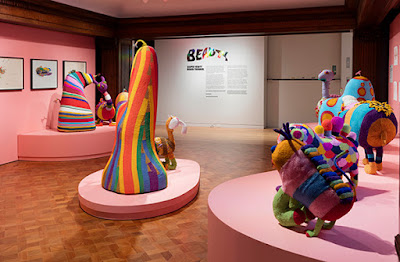 at , Smithsonian Institution
Oct 8, 2015 - Aug 7, 2016
A capsule examination of the collaborative design process behind Pixar Animation Studios. On view in the Process Lab, the installation features original artwork–including rarely seen hand-drawn sketches, paintings, and sculptures from over 25 years of Pixar filmmaking–and creative exercises inspired by the Pixar design process.

Concept art from Toy Story, Wall-E, Brave, The Incredibles, and Cars, among other films reveal how the visual design process and story development work hand in hand at Pixar. From a film’s earliest stages, Pixar designers use the design processes of iteration, collaboration, and research to create appealing characters and believable environments that ultimately contribute to the success of the film’s story.

In addition, over 600 Pixar artworks are on view on the Process Room’s touchscreen table and are tagged to link the Pixar works to thousands of Cooper Hewitt-related collection objects.
Labels: art