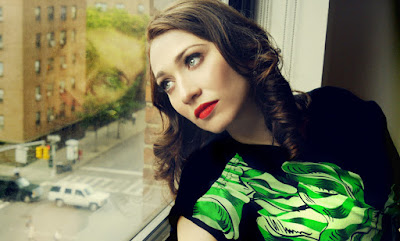 Regina Spektor has announced full details of her new album, which is to be titled Remember Us To Life.

The album has been produced by Leo Abrahams, best known for his work with Paolo Nutini and Imogen Heap. You can hear the album's opening track 'Bleeding Heart' by scrolling down to the bottom of the page and clicking.

It is the follow-up to Spektor's 2012 album What We Saw From The Cheap Seats.

The tracklisting for Remember Us To Life is as follows:
'Bleeding Heart'
'Older And Taller'
'Grand Hotel'
'Small Bill$'
'Black And White'
'The Light'
'The Trapper And The Furrier'
'Tornadoland'
'Obsolete'
'Sellers Of Flowers'
'The Visit'
'New Year'*
'The One Who Stayed And The One Who Left'*
'End Of Thought'*