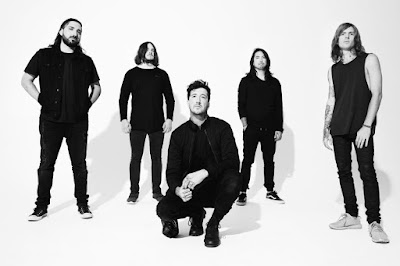 Of Mice & Men have announced full details of their new album, which is to be titled Cold World.

The metalcore fivesome will release the album, which is the follow-up to 2014's Restoring Force, on September 9th. You can hear the album's first single 'Pain' by scrolling down to the bottom of the page and clicking.

The album has been produced by David Bendeth, who is best known for his work with Paramore, All Time Low and A Day To Remember, you can see the album's artwork below:
The tracklisting for Cold World as is follows: