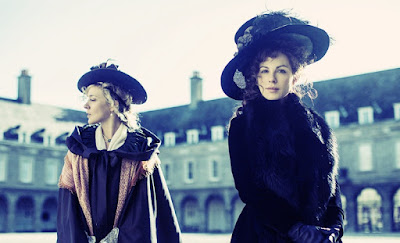 Love & Friendship is a 2016 romantic comedy film written and directed by Whit Stillman. It is based on Jane Austen's epistolary novel Lady Susan first published in 1871. The film stars Kate Beckinsale, Chloë Sevigny, Xavier Samuel and Stephen Fry. It centres on Lady Susan Vernon (Beckinsale), who seeks refuge at her in-laws estate while rumors about her private life circulate through society. Lady Susan then decides to find a husband for both herself and her daughter. The film premiered at the Sundance Film Festival in January 2016. It is scheduled to be released on May 13, 2016, by Roadside Attractions and Amazon Studios. Although it is adapted from Austen's novel Lady Susan, the film has been produced under the borrowed title of her juvenile story Love and Friendship.
Director: Whit Stillman
Writers: Jane Austen (based on her novella "Lady Susan"), Whit Stillman