Beyonce has a new album full of Lemonade 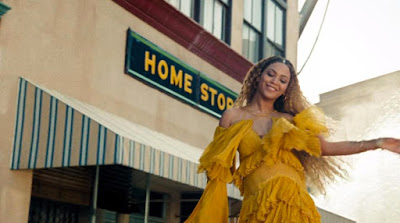 Beyonce's new album Lemonade is the sixth full-length effort of her career and the follow-up to her 2013 self-titled album.

Lemonade has a string of high-profile guests, first up is Jack White, who helps out on 'Don't Hurt Yourself', The Weeknd, who features on '6 Inch', James Blake, who is on 'Forward' and Kendrick Lamar, who appears on 'Freedom'.

Among the writers and producers included on the album are Diplo, Vampire Weekend's Ezra Koenig and Boots, who produced large swathes of her self-titled album.

The album will be accompanied by a short film, which is just over an hour long and features directorial appearances from Never Let Me Go director Mark Romanek and Spun's Jonas Åkerlund.

The tracklisting for Lemonade is as follows:
'Pray You Catch Me'
'Hold Up'
'Don't Hurt Yourself'
'Sorry'
'6 Inch'
'Daddy Lessons'
'Love Drought'
'Sandcastles'
'Forward'
'Freedom'
'All Night'