Italian American Cinema From Capra to the Coppolas at Museo Italo-Americano, San Francisco 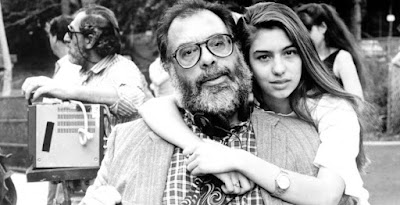 
The American cinema, from its inception, has played a major role in shaping our perceptions of our country and ourselves, and impacting the way that other countries perceive us, as well. American movies were multiethnic from the beginning, made initially for largely working-class and often immigrant audiences and shaped by filmmakers strongly identified with their ethnic groups. Italian Americans have long been one of the most important and influential groups represented onscreen, and many major filmmakers and stars have been Italian American. In such films from the heartwarming Rocky and Marty to the chilling Godfather trilogy and Raging Bull, their work has both reflected the Italian American experience in this country and shaped the overall society’s perceptions and sometimes misperceptions of this ethnic group’s identity.
Labels: art photography
Location: Σαν Φρανσίσκο, Καλιφόρνια, Ηνωμένες Πολιτείες