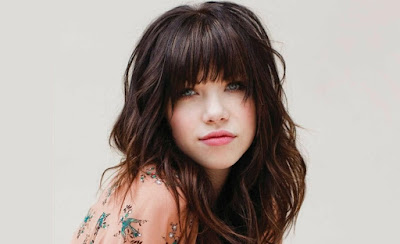 When: Friday, March 25, 2016, 7:00 PM
Where: Terminal 5, 610 West 56th Street, New York, NY, United States
Carly Rae Jepson (born November 21, 1985) is a Canadian pop singer-songwriter, best known for her 2013 smash hit single “Call Me Maybe”, hailing from Mission, British Columbia, Canada.
The singer-songwriter Carly Rae Jepson made her first impression on the music industry competing in season five of “Canadian Idol” in 2007. Winning the hearts of judges and fans alike, Jepson placed third in the competition and subsequently embarked on the Canadian Idol Top 3 concert tour. Following the tour’s completion the singer returned to British Columbia to focus her energy on songwriting, recording and finding a backing band. Successful demos led to Jepson inking a deal with Simkin Artist Management and Dexter Entertainment, and the independent label MapleMusic Recordings.
After a move to Vancouver, British Columbia, Canada, the singer released her debut single, the John Denver cover, “Sunshine on My Shoulder”, in June 2008. Subsequent singles “Bucket” and “Heavy Lifting” were issued on to her MySpace page ahead of the September 2008 release of her debut full-length “Tug of War”. In support of the album Jepson toured western Canada alongside Marianas Trench and Shiloh in early 2009, followed by a national tour with The New Cities and Mission District.
By this point Jepson’s appeal was growing and manager Jonathan Simkin signed her to his own label, 604 Records. Aided by Justin Bieber and Selena Gomez’s liberal tweeting about Jepson’s music after they heard it on the radio, the singer's international recognition skyrocketed. Jepson later signed with Bieber’s manager’s label School Boy Records along with Interscope Records, allowing for international distribution, and issued the EP “Curiosity” in 2012. Included on the EP was the smash hit “Call Me Maybe”, which topped the charts in over 15 countries, including in Canada where she became the first Canadian act to do so since Bieber and his song "Baby" in 2010.
The singer subsequently made her U.S. television debut on “The Ellen DeGeneras Show” before releasing her second full-length album “Kiss” in September 2012. Spawning the singles “Good Time”, “The Kiss”, and “Tonight I’m Getting Over You”, the album won two Juno Awards for Best Album of the Year and Best Pop Album of the Year. Following the release Jepson accompanied Justin Bieber on his Believe Tour before making her debut headlining tour, The Summer Kiss Tour, in 2013.