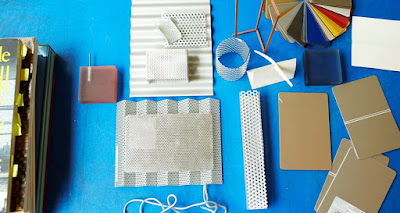 Designers in Residence 2015: Migration at Design Museum, London
Sep 9, 2015 - Mar 31, 2016
The Design Museum’s move to the former Commonwealth Institute in Holland Park finally takes place in 2016. The museum is growing in both expertise and ambition as its staff, and the wider design community of which it is a part, begin to explore the complexities of a larger building and a new role.
This seems like a good background against which to explore the theme of migration, a word with a variety of meanings. It is striking that in America, for example, those who choose to move there are described as emigrants. Britain calls those same people immigrants — they are incomers. In the US, the emphasis appears to be on the act of leaving somewhere else, the implication perhaps being that surely just about anybody would be prepared to leave their home and make a move to the US if they could. Without either prefix, migration is a less loaded term. It also has a digital application. Data is made to migrate.


This year's Designers in Residence programme, then, invites designers to respond to this theme. It can be a reflection of objects or processes that imply movement, or transition, of shifting and cross-fertilising cultures, or of mobility
Labels: art
Location: Λονδίνο, Ηνωμένο Βασίλειο