Rihanna has a new platinum album 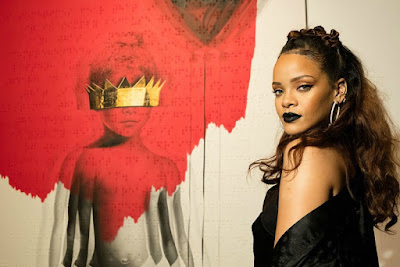 After nearly a year of expectation for Rihanna’s eight studio album, “ANTI” was finally released on Wednesday night.
The album was exclusively released on TIDAL, before being made available on other digital retailers like iTunes.
On Friday, less than two days after “ANTI’s” release, RIAA announced on Twitter that Rihanna’s album has already gone platinum.
Many people on Twitter are skeptical about whether or not Rihanna actually sold and streamed the equivalent of 1 million units.
According to Complex, Samsung purchased one million copies to give away for free, much like what Jay Z did in 2013 with his “Magna Carta Holy Grail” album.
Another report released by Complex on Thursday said that “ANTI” was streamed 14 million times in 14 hours.


“ANTI” was Rihanna’s first release since 2012′s “Unapologetic.” It marks a shift in not only her musical ambitions but also her management. It was her first album released on Roc Nation and Westbury Road Entertainment, after releasing her first seven LPs on Def Jam.
Labels: music music artist