Medium of Desire: An International Anthology of Photography and Video 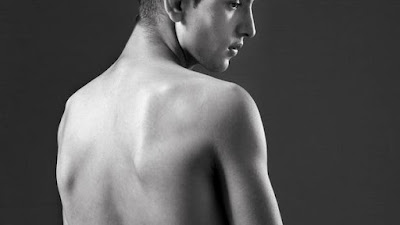 Exhibition dates: December 18, 2015 - March 16, 2016
Public Opening: December 18, 2015, 6 – 8 pm
[New York, NY – October 2015] - Using human beauty, desire, Eros, and sexuality, this new photography based exhibition reveals that cultural differences, whether defined by national borders, sexual orientation, or gender identification, can be simultaneously vast yet familiar. Regardless of one’s sexual orientation or country of origin, feelings of desire, when successfully represented, can serve to minimize our differences and bring us closer. By using the theme “desire,” this exhibition draws together the work of fourteen contemporary artists from China, Japan, Greece, Russia, Italy, Germany, Great Britain, and the U.S., as expressed through the medium of photography and video.
“In looking at these works,” says curator Peter Weiermair, “we see the expression of desire between those depicted in the images. Then, in other works we see the desire between the artists and their subjects. In many instances, as we witness this desire, it evokes our own feelings, regardless of our individual perspective.”
“Peter has brought us a thoughtful exhibition which depicts desire on the most human level. The work presented varies greatly in style, and ranges from documentation to elaborately staged photo shoots,” says Museum Director Hunter O’Hanian. “He presents us with work by artists who have established careers such as Catherine Opie and Greg Gorman as well as work by younger emerging artists. Because of the international element to the exhibition, this will be the first time some of the artists have shown in the United States.” The fourteen artists in the exhibition include:
Venue name: Leslie-Lohman Museum of Gay and Lesbian Art
Address: 26 Wooster St, New York
Cross street: between Canal and Grand Sts
Opening hours: Tue–Sun noon–6pm