Waterloo at Windsor at The Queen's Gallery, Royal Collection, London 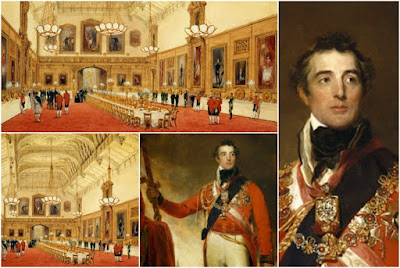 Waterloo at Windsor 1815-2015
at The Queen's Gallery, Royal Collection, London
Jan 31, 2015 - Jan 13, 2016
2015 marks the 200th anniversary of the Battle of Waterloo and the defeat of Napoleon.
In celebration of the allied victory, George IV created the Waterloo Chamber at Windsor Castle, a grand space filled with portraits of those instrumental in the victory, among them the Duke of Wellington.
Throughout 2015, Waterloo at Windsor: 1815–2015 will combine a themed trail through the State Apartments with a display of prints, drawings and archival material that explores the battle and its aftermath.