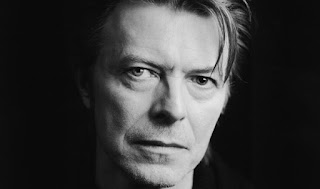 David Bowie has unveiled his new single 'Blackstar', the title track from his forthcoming new album, as part of a 10-minute short film. Click below to watch it.
The film was premiered last night (November 19th) on Sky Atlantic ahead of the second episode of The Last Panthers, which features the song as part of the opening credits. This marks the first time in 45 years that Bowie has specifically created music for a TV show.
Blackstar will be released on January 8th and is available to pre-order now on the right-hand side of the page. It is the singer's 25th album of his career and is being released on the same day as his 69th birthday.
Labels: music music artist