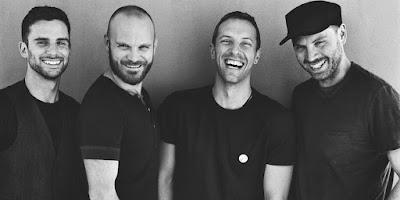 The band, who will release their new album A Head Full Of Dreams on December will play massive shows in London, Manchester and Glasgow next June.
The dates are part of a world stadium tour and begin on June 4th at Manchester's Etihad Stadium, they then play Hampden Park in Glasgow on June 7th before headlining two nights at Wembley Stadium on June 16th and 18th.
Speaking about the tour and their decision not to tour previous LP Ghost Stories, singer Chris Martin said: "I think that not going on tour with Ghost Stories was one of the best decisions we ever made, because it gave us such pent-up energy in the studio and completely reignited everyone’s desire to go around the world and play music. A Head Full Of Dreams was written as a record to be performed live. We can’t wait to do that.”
Coldplay will play:
Manchester Etihad Stadium (June 4)
Glasgow Hampden Park (7)