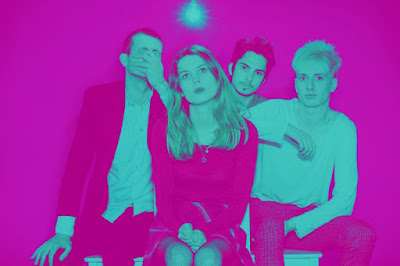 Florence + The Machine, Wolf Alice, Aphex Twin and Jamie XX are among the nominees for the 2015 Mercury Music Prize.
They are joined by C Duncan, Soak, ESKA and Slaves on the shortlist of 12 albums.
The winner of the prize and a cheque for £20,000 will be announced at a ceremony at Radio Theatre at Broadcasting House in London on November 20th and will be broadcast live on BBC Four and BBC 6Music.
You can check out each of the nominated albums in our online store, which is here.
The shortlist for the 2015 Mercury Music Prize is as follows:
Aphex Twin - Syro
Benjamin Clementine - At Least For Now
C Duncan - Architect
ESKA - ESKA
Florence + The Machine - How Big, How Blue, How Beautiful
Gaz Coombes - Matador
Ghostpoet - Shedding Skin
Jamie XX - In Colour
Roisin Murphy - Hairless Toys
Soak - Because We Forgot How To Dream
Slaves - Are You Satisfied?