Daniel Craig is back with his girls 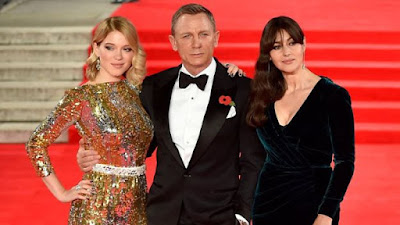 Daniel Craig, who has played 007 for a decade, was the first to arrive on the red carpet on Monday night. The star also admitted that he "hated" watching himself on screen, but said "I love playing James Bond".
Other cast members on the red carpet included Naomie Harris, Christoph Waltz, Ben Whishaw, Ralph Fiennes, Andrew Scott, Dave Bautista and "Bond girls" Lea Seydoux and Monica Bellucci. Bellucci said it was a "great pleasure" to be part of the "amazing tradition" of Bond films. 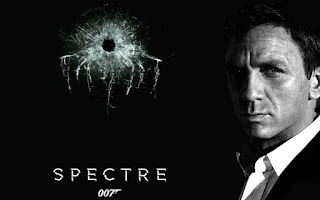 A cryptic message from the past leads James Bond (Daniel Craig) to Mexico City and Rome, where he meets the beautiful widow (Monica Bellucci) of an infamous criminal. After infiltrating a secret meeting, 007 uncovers the existence of the sinister organization SPECTRE. Needing the help of the daughter of an old nemesis, he embarks on a mission to find her. As Bond ventures toward the heart of SPECTRE, he discovers a chilling connection between himself and the enemy (Christoph Waltz) he seeks.
Initial release: October 26, 2015 (Ireland)
Director: Sam Mendes
Running time: 2h 30m
Film series: James Bond Film Series
Labels: cinema movie