Butterfly - the story of one young swimmer 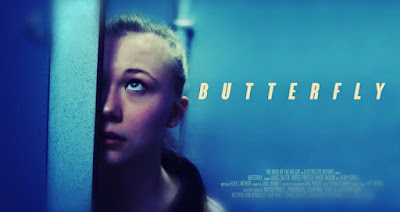 Butterfly tells the story of one young swimmer's struggle against the epilepsy that has returned to haunt her life. When the condition puts her swimming career on hold and her quality of life under threat, she must decide just where her priorities lie... before it's too late.
Protagonist Jane is played by 20-year-old actress Louise Salter from London and the role of her father is played by Rupert Proctor who has appeared in film and TV shows including Luther, Noting Hill and Tinker Tailor Soldier Spy.
A total cast and crew of around 30 people worked on the film, including winning Director of photography Karl Poyzer. The film was shot on the RED Epic camera system.